Why I’m Voting No on This Transit Plan

I believe that the lion’s share of supporters of the May 1 transit referendum hold sincerely that voting yes is the correct path for Nashville. I don’t believe for a second that Diane Black and Lee Beaman have Nashville’s best interests in mind. And, as a native Atlantan, I’m terrified of Nashville failing to alter its path with respect to transportation. Still, I’ll be voting no on this referendum. 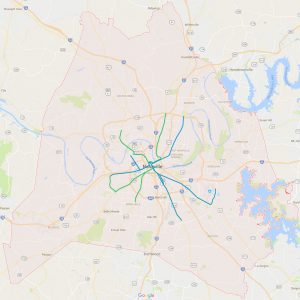 When I first saw the plan, I liked what it had to offer and was mostly concerned with what was missing: any real increase in services for the greater Bellevue community I represent. Intentional connectivity to Nashville’s public schools. Substantial reach outside the city’s core. These were the most important components to me, so my first inclination was to advocate for my constituents and for the parent who has no mode of transportation to pick up her sick child or watch her perform in a play at school.

Since then, I’ve been rebuffed in those efforts. I’ve seen the Nashville Area Chamber of Commerce insist that we move forward with this plan now, rather than allowing the community both the opportunity to enhance the plan and to permit it more separation from the recent Nashville political turmoil. I’ve learned that the most expensive parts of the plan will be mandatory under the referendum, and cost overruns (or shortfalls in federal funding) may force us to eliminate the plan’s expanded bus service, bike lanes, and sidewalks. And I’ve come to understand that we could transform and drastically expand our system for a fraction of the cost.

Out of the $5.4 billion in capital costs, 30.2 miles of light rail (including the downtown tunnel) is projected to cost a full $4.2 billion. That’s nearly 80 percent of the entire plan’s cost, at $139 million per mile. And while most of the city’s jobs will be near these rail lines, what good is that if our workers can’t conveniently get to the trains from their homes in Bellevue, Goodlettsville, and Antioch?

If we instead were to overhaul our bus system—creating neighborhood circulators, implementing crosstown routes, and overhauling the user experience—we could achieve the goal of taking cars off the road in all corners of the county. We could do so more effectively and at a lower cost to our city’s taxpayers and leave ourselves the capacity to put more money into education or fund other priorities.

Yes, we need to do something. Yes, dedicated funding is critical. Yes, some of the most visible opponents of the plan are acting in bad faith. None of this makes this particular $9 billion commitment the only path forward.

The question at hand is: Is this plan the best path forward? I hope all of Nashville’s voters will get out during early voting or on Election Day and give their respective well-researched opinions. I respect each person’s conclusion. I’ve reached mine.

Keep up to date with the campaign and happenings around Bellevue.

@jrhollin That would be absurd. At various levels a basket shot on the opponent's goal doesn't count at all, let alu2026 https://t.co/XIm3WBxfVi
January 17
@MarcOverlock I believe in you!
January 17
More news >>
Follow @DaveRosenbergTN